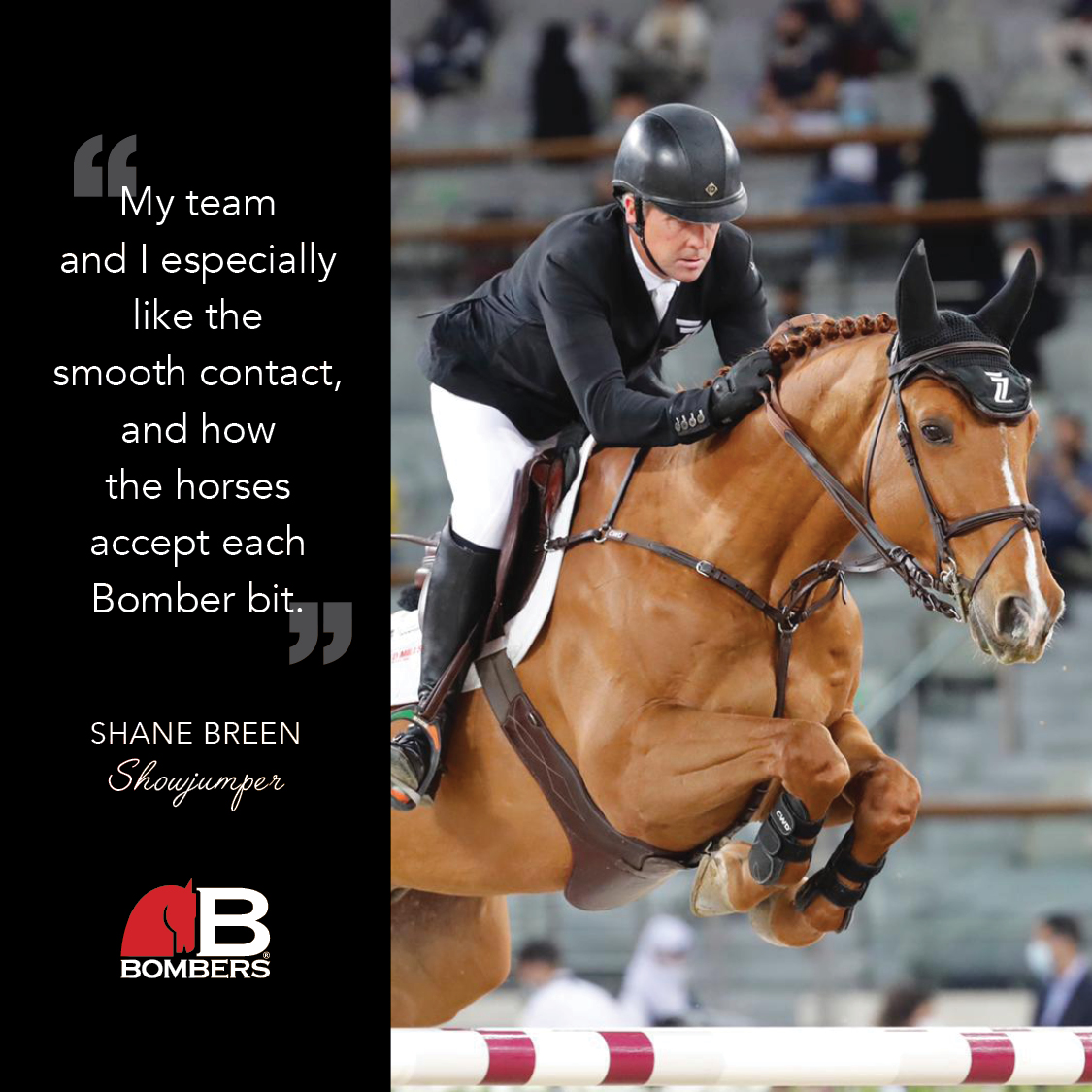 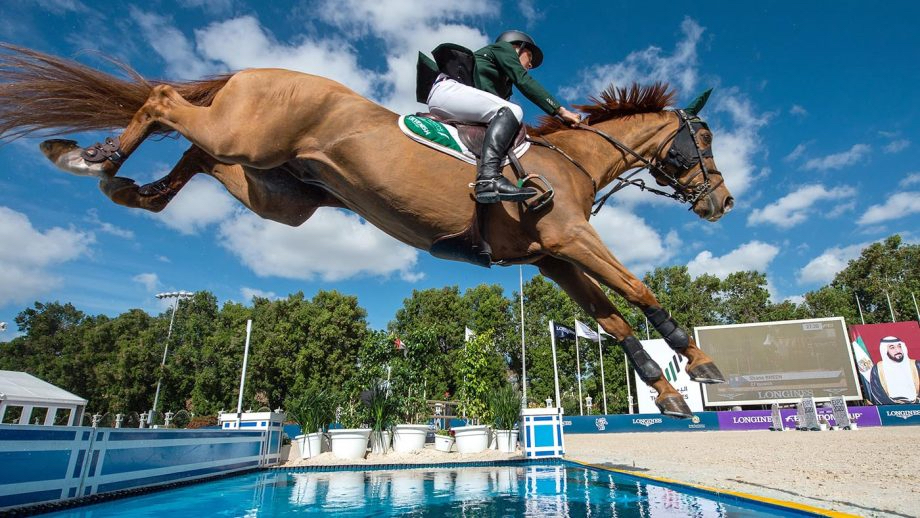 This culminated a stunning run of results for Irish horses and riders on the international stage with no less than five international Grand Prix wins and this memorable Nations Cup victory.

Shane started the contest with a smart clear with Z7 Ipswich (above, pic: FEI), before youngest team-member, 20-year-old Jack Ryan, completed a double-clear with BBS McGregor.

Shane had already clinched victories in Grand Prix classes at the fixture earlier in the week.

“Winning the 5* Nations Cup in Abu Dhabi Equestrian Club on a score of 0 was not only a historic day for Irish showjumping, but a special win for the Breen Team,” Shane says. 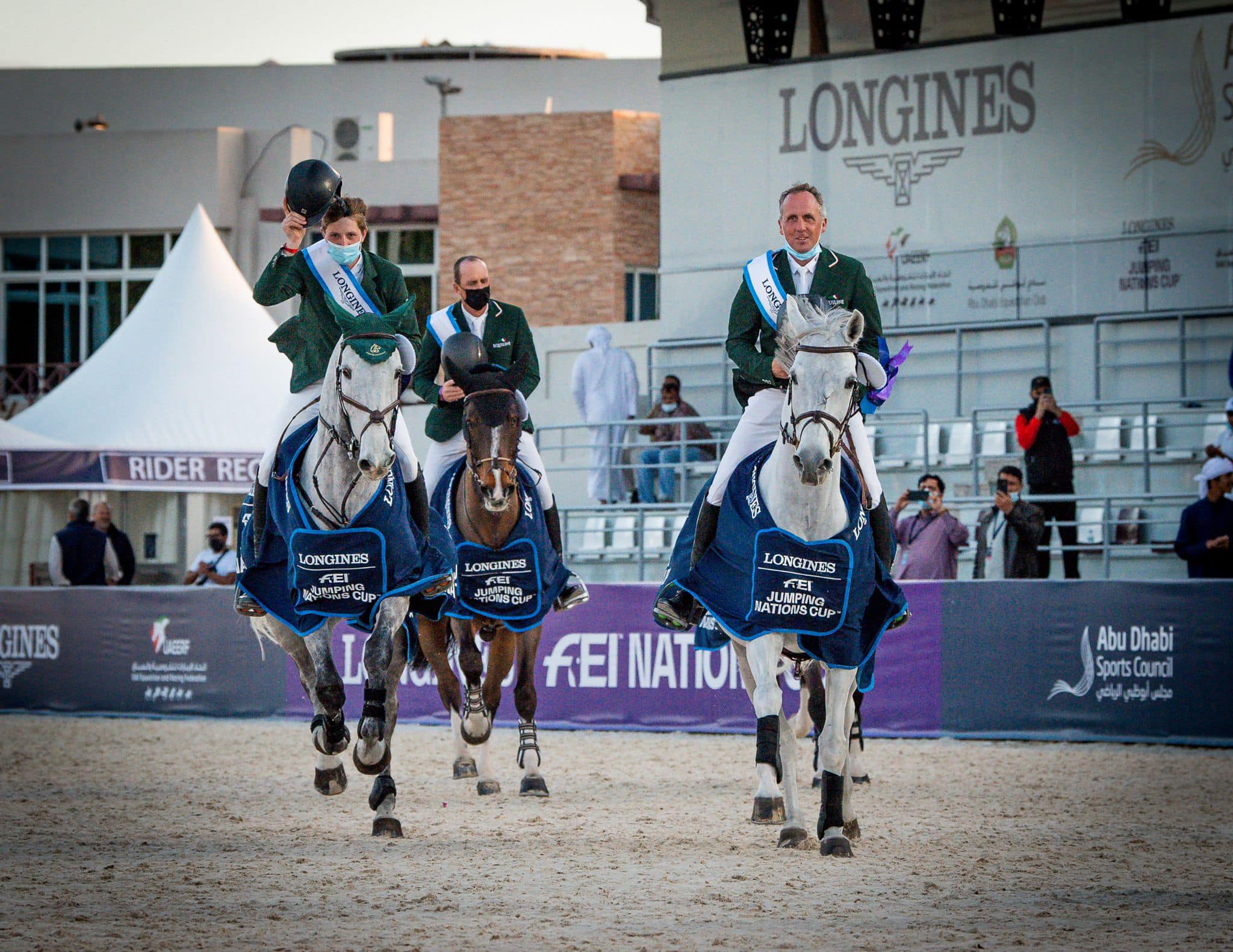 “Not only was the team made up of myself and Trevor, but two Breen Equestrian alumni, David Simpson and Jack Ryan.

We couldn’t be more thrilled to have played a part in these top riders’ careers, and even more ecstatic to be able to call them teammates.

Another huge congratulations to all involved on such a spectacular win!”

The haul of medals at the fixture included a win for Shane and Ipswich in the 5* Grand Prix, and an overall placing of sixth for fellow Team Bombers rider, Georgia Tame and Z7 Caretina, in the 5* Ranking. 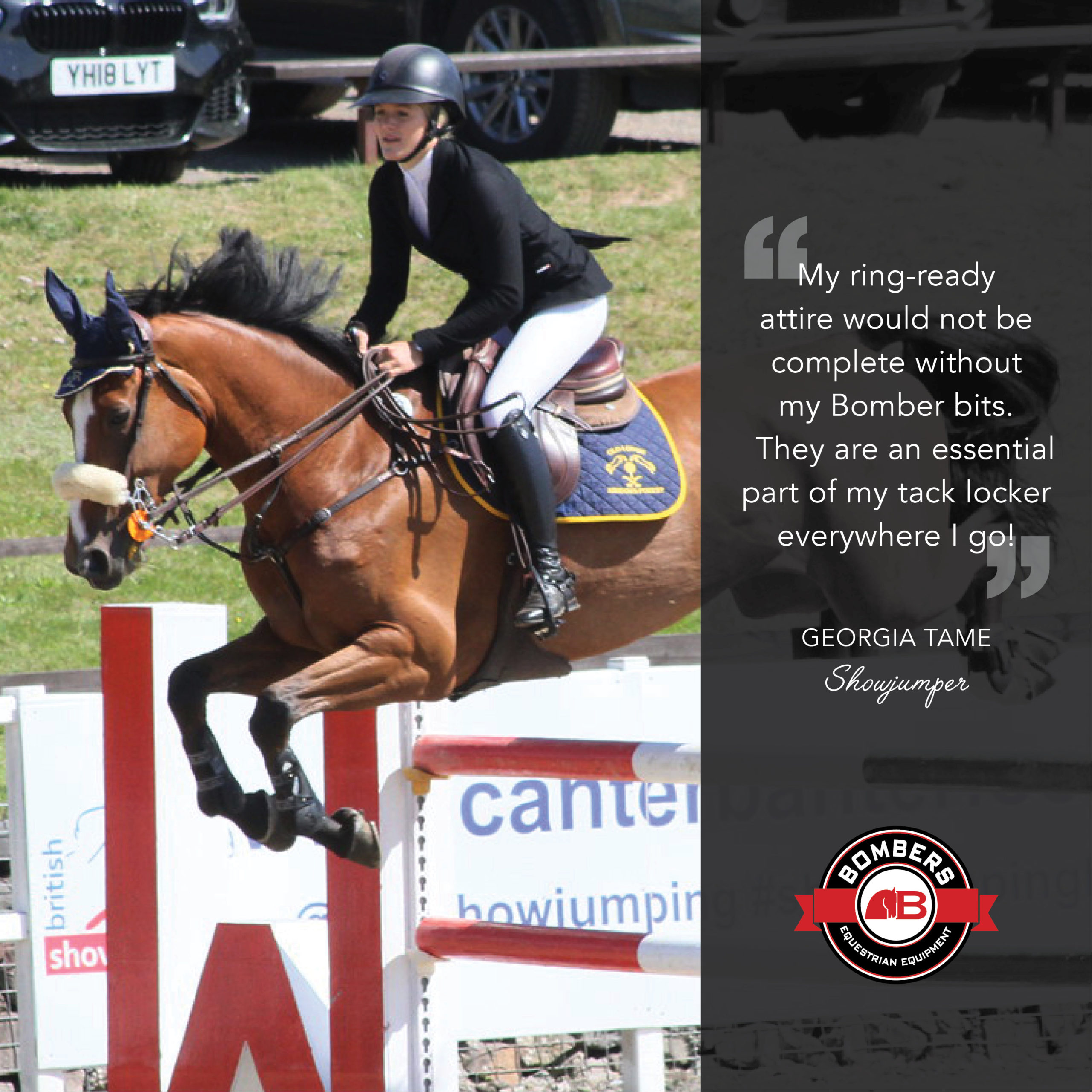